Slight oxymoron that one, as Christmas was very busy for us both. Boxing Day saw me blast up the A1 to Huddersfield to meet Sonya’s cousins, catch up with Andy from her lab and meet up with some of her schoolfriends, then it was back to Loddon for another round of dinner parties. We made it to the New Year, when we staggered to a little cottage near Bury St Edmunds to recover before going back to work. I can definitely recommend The Old Manse Barn if you’re looking for a comfortable and well-looked after break.

It’s hardly a secret that I like taking photos of animals. My parents have been carefully feeding the garden birds for several years now, and that makes my life easy. Standing at the back door I managed to take quite a collection of pictures. There are captions for those who need their memories jogged, or who don’t know their great tits from their blue-footed boobies…

Christmas hasn’t quite come early for Billy the cat, he’s left with nothing but a empty, poultry-flavoured, box and an expectant look on his face.

Have a good one everybody!
Love,
Rob

There’s a temporal disturbance in Loddon churchyard! Careful observation with my new lens clearly shows that someone has been messing with time and space. 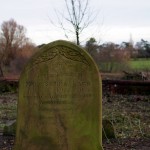 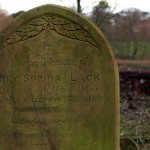 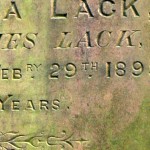 More flavour than the Pinot Grigio, this went well with both sausages and cheese-and-onion tarts. Interesting enough, it gained a lot of admiration from assorted guests, but I think it’s a little much for what it is, maybe £8 is more realistic. We’ll certainly be enjoying the remaining two bottles in the case though.

A very pleasant and fairly light red, though clearly more to it than the Pinot Noir, this accompanied the cheese tarts very well, and kept itself together over the next two days as well. It was nice enough on its own too. Another one where the second bottle is eagerly anticipated, but I’d choose the Buxynoise Pinot Noir over this, or the Brewery Hill Shiraz (see below).

As people who’ve seen me at tastings will know, I tend to prefer stronger-flavoured wines over weaker versions of the same grapes. This was most obviously shown when I tried the Heartlands Director’s Cut Shiraz, something which blew too strong for most people. This is nothing like as full-on as that was, but still shows a noticeable change from the French alternative. The Brewery Hill Shiraz is yet another £8.99-er from nakedwines, I get the feeling that they tend to price almost everything around this much, and worked well on its own as an afternoon-drink as well as with dinner. Barbecues would clearly suit this down to the ground, but cold afternoons round the table playing board games was just fine too.

Not that we drink a lot, but this is the time of year for getting through the odd bottle of wine. Here are the highlights from the first few days of the holidays:

Part of a “mystery case” I bought for Christmas, this served well as a very light aperitif, but would be overpowered by almost all food. Pleasant enough, though without much substance. Definitely used in the right way, this would have been lost if we’d had anything else beforehand.

A very light red, made from my favourite of the lighter grapes, this had been “maturing” in our wine rack for over a year. Accompanying toad-in-the-hole, this was ideal – not too strong at all. I think the suggestion on the back for grilled meats, even lamb after a cellaring, was a little ambitious. Would definitely buy again.

Davy was a trooper – feeling rought but he still managed to supply 5 bottles of (excellent) wine. Thank you!

Quick heads-up, although most people who this applies to have probably already noticed – Steam are having a huge sale at the moment. It’s basically too big to browse through, so someone else has done the hard work for you.

If you’ve ever wanted to snap up some older games, they start at about £1.50 🙂 I can recommend the Secret of Monkey Island, Braid and Audiosurf. Have fun!

Happy Christmas one and all…